This staple of a book gives a summarized history of Communism, the Bolshevik/Communist Party in Russia, and Communist infiltration of American society and its institutions.  The subject delineated here is the massive Jewish involvement in Communism.

The author also demonstrates that the whole movement is a Jewish racial cause, with some gentile followers.  BEHIND COMMUNISM is full of pictures, lists and diagrams showing who the Communists are.  The top-dog Communist leaders, Lenin and Stalin are gentiles, but they were married to Jewish wives.

Stalin is always portrayed as a virulent “anti-Semite” and pogromist, but he was married to the daughter of the Politburo member Kaganovitch, and Stalin’s daughter was married to Kaganovitch’s son.  Soviet Foreign Minister Molotov’s wife was also Jewish.  In fact, she was the sister of Karp, owner of Karp’s Import-Export Company in Bridgeport, Connecticut.

The latter part discusses the Communist Party in America, which had a disproportionate Jewish membership and whose members were highly educated professionals rather than working-class men. Many of those convicted of selling nuclear secrets to the Soviet Union were Jewish, such as the Rosenbergs.

Finally, the Hollywood film industry is shown as the world’s leading producer of Communist propaganda. The author explains how Hollywood films are designed to cause race-hatred among black and Mexican minorities and at the same time instill whites with a sense of guilt about race relations. There are some instances where the author makes inappropriate remarks, but these are minimal.  The tone is relatively balanced, maintaining a pro-Christian, pro-European viewpoint.

In all, BEHIND COMMUNISM rails against the romanticism that liberals attribute to the Russian Revolution.  When the Jewish Communists took power in Russia, all hell broke loose.  Tens of thousands of Christians were massacred, and five million landowners in the Ukraine were intentionally starved to death during the early 1930’s to solidify Communist dominance and freedom of Religion was abolished.

Fully revised, expanded and updated from the original 1952 book, this work clearly shows that Communism grew out of Russian Judaism. Although the Soviet Union has disappeared, the ideology which underpinned that state—state-engineered economic and social egalitarianism—lives on, and is stronger than ever before in the West. Now completely updated […] 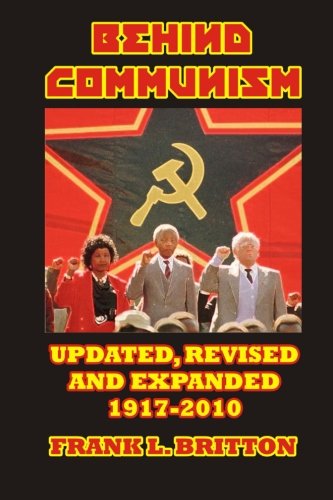